Osman Kavala, the chairman of Anadolu Kültür, made a statement through his lawyers. Below is the translation of Kavala's statement: 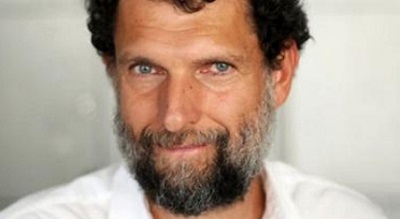 As it is public knowledge, I was arrested on 1 November 2017, and I have been in Silivri Prison for more than two months.

When I was taken into custody on board returning from Gaziantep, I was not worried. I counted on that it would be understood immediately that the suspicions against me are unwarranted. Yet, my arrest and the accusations that led to my arrest came as a surprise to me.

The accusation that I am the organizer of the Gezi events includes the allegation that I have provided financing. As one may remember, after the events of Gezi, allegations were made that these events had been outsourced and financial resources had been provided from abroad. In a newspaper article dated 2014, it was also mentioned that there had been an intelligence note that relates me to the Gezi events. Later, the person conducting the investigation on this issue was arrested in 2015 and is still detained. As a result, until now there has been no discovered evidence about these unfounded allegations; and I am the only one to be arrested on this issue.

On the grounds of the arrest, I have especially found odd the allegations that have linked me to the Gülen movement and the July 15 coup attempt.

I am astounded by the fact that such allegations are laid on me, while I have always been against coups throughout the course of my life and tried to draw public attention to the negative impacts of the presence of Gülen community within the state for years.

In any case, as a person who experienced September 12 and never forgot the terrible memories of those days, it is highly insulting to me that I have been associated with such circles. I would like to point out that I have resorted to legal measures in this regard.

I believe that it will soon be understood that these accusations are unfounded. Nevertheless, I think that the state of emergency also affects the climate in the judiciary, and that the arrest decisions may be reflecting this effect. In times of state of emergency, the concern for losing the suspect outweighs the need for the prevention of engendering unjust victimization. While the people who were unjustly arrested are expected to be freed as soon as possible, the psychological impact of the initiatives that violate the presumption of innocence, such as the recent preparations for the regulation on the uniform dress code, is not taken into account.

Despite everything, my belief is that the new year will be a better year in terms of democracy and freedoms.

I send my regards to all those who have supported me with their statements and messages ever since I was taken into custody, and I want to say that I am in good health. Hope to see you all soon...