The ECHR Granted Priority to Kavala

The European Court of Human Rights (ECHR) decided to grant priority to the case of Osman Kavala, who has been detained since 1 November 2017, in accordance with the Court’s priority policy that has been previously implemented in the cases of detained journalists and academics in Turkey. Kavala’s lawyer had lodged an application with the ECHR requesting for priority, as no indictment has been brought against Kavala despite his long period of detention. Upon evaluation, the ECHR responded to the request on 23 August, agreeing to grant Kavala’s case priority. 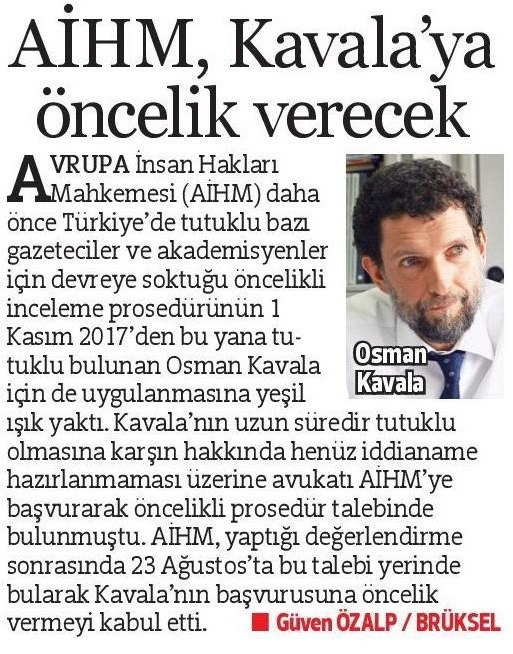